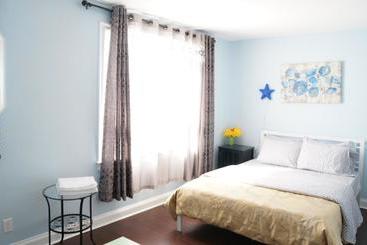 With a stay at Royal Oak Inn in Toronto, you'll be convenient to Allan Gardens and Toronto Public Library. This inn is close... 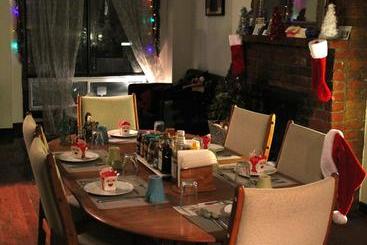 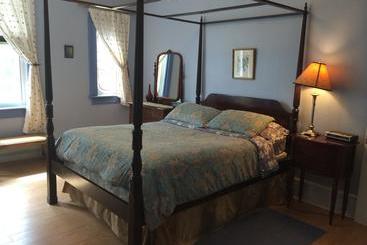 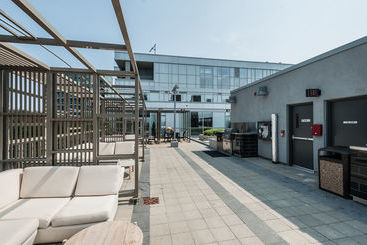 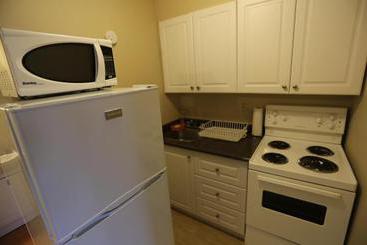 Offering access to public transport, this studio in Toronto city center is facing a streetcar stop and is 10 minutes’ walk... 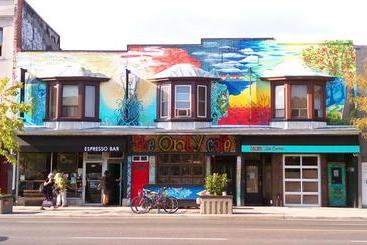 The Only Backpacker S Inn

Toronto is the largest city in Canada, located in the province of Ontario. Its motto is: "Diversity is our strength", and it is situated on the shores of the Ontario Lake, and therefore near the large lakes that separate Canada from the United States of America. Besides being the largest city in Canada, it is also one of the most densely populated areas in North America and it is also here, where the largest metropolitan district in the country is concentrated, which also makes it the economic capital of Canada.
English is the official language in this city, unlike in the state of Quebec, and it is the most important English-speaking capital in Canada. Toronto is diversified and multicultural. The immigration rate is high, which enriches the city as an international city, but without forgetting the environmental focus that exists among all Canadians.
Toronto is one of the cities with the best quality of life of the world and one of the most visited cities in Canada. The main attraction of Toronto is visiting the CN tower, which is one of the world's largest skyscrapers. Another characteristic of the city is Yonge Street, which is one of the longest in the world, where leisure activities co-exist alongside shopping, theaters, cinemas, etc. The Eastern Center, Dundas Square, Hockey Hall of Fame or Nathan Philips Square are many other places, where you can get lost in this city, in which behind the huge buildings of concrete, iron or other materials, a multitude of neighborhoods of diverse nationalities lies, which gives this city a very peculiar character.
Strolling from one neighborhood to another, we can walk through several countries in one city by visiting each of the small international neighborhoods that have been created in Toronto. Toronto is multicultural and is committed to art, fun and quality tourism. A city where no one will feel a stranger.
See more See less

The most centrally located hotels in Toronto with the best ratings are: Hotel The Ivy At Verity, Hotel The St. Regis Toronto and Hotel The Fairmont Royal York.

It depends on the category of the hotel. If you want to stay at a 4-star hotel in Toronto, the average price per night is €58, while you will pay an average of €49 for a 3-star hotel, and in a more luxurious 5-star hotel, you"ll pay around €135.

You can make reservations at Hotel The St. Regis Toronto, Hotel The Fairmont Royal York and Hotel Park Hyatt Toronto if you"re looking for a hotel with valet service for your visit to Toronto.

If you need a hotel with disabled access in Toronto, we recommend Hotel The Ivy At Verity, Hotel The St. Regis Toronto and Hotel The Fairmont Royal York.

According to our clients, if you´re travelling with children, the best hotels in Toronto are Hotel Radisson Admiral Toronto Harbourfront, Hotel The Fairmont Royal York and Hotel The St. Regis Toronto.

If you want to save time, the hotels in Toronto with express check-in and check-out are Hotel The Fairmont Royal York, Hotel Radisson Admiral Toronto Harbourfront and Omni King Edward Hotel.

Some of the options for hotels with non-smoking rooms in Toronto are Hotel The Ivy At Verity, Hotel The St. Regis Toronto and Hotel The Fairmont Royal York.

If you're bringing a vehicle, we recommend that you book a hotel with parking in Toronto, like Hotel The St. Regis Toronto, Hotel The Fairmont Royal York or Hotel Radisson Admiral Toronto Harbourfront.

There's only one more step left. Check your e-mail and complete the subscription to the newsletter